Our campaign to “save the internet’

How Foursquare led a coalition of technology industry leaders including Shutterstock, Tinder, Vimeo, and Warby Parker to get involved in the fight to save net neutrality. 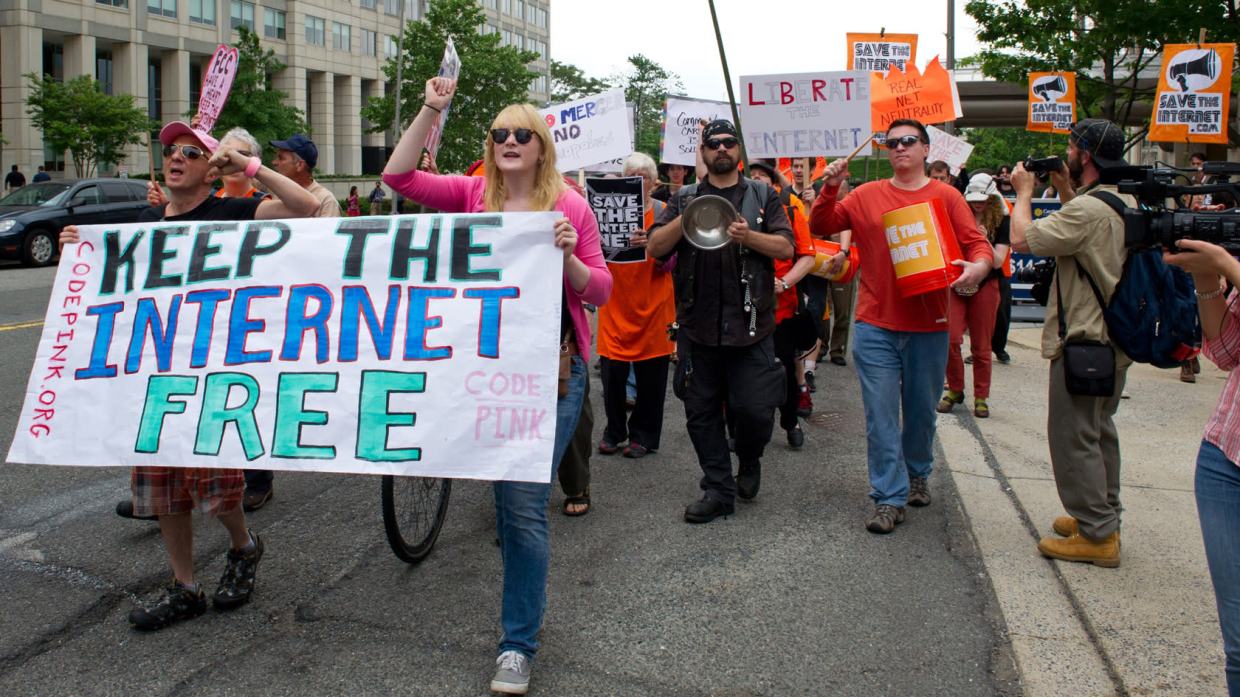 Because the internet is fast and free, start-ups and small businesses can compete against giants. At Foursquare, we believe that every company and brand should have a chance to survive and thrive. That’s why Foursquare, a nonpartisan company, got involved in the fight to save net neutrality.

In advance of the Senate’s May 2018 vote to overturn the repeal of net neutrality, Foursquare led a coalition of technology industry leaders including Shutterstock, Tinder, Vimeo, and Warby Parker on an advertising campaign called Our Campaign to Save the Internet.

Foursquare has long been an opponent of the FCC’s proposed net neutrality rollback, having participated in the Coalition for Internet Openness, sign-on letter to FCC Chairman, Ajit Pai, and the Open Technology Institute letter to retain net neutrality rules.

Foursquare donated use of its newly minted in-house design agency, Sixteen, to design an eye-catching ad creative for the campaign and served the ads at cost, donating thousands of dollars in time and resources to the cause.

This campaign utilized Foursquare’s location-based advertising platform, Pinpoint, to reach constituents in five states (Alaska, Colorado, Florida, Louisiana, and Nevada) where experts believed that at least one senator might be willing to side in favor of a democratic internet. The campaign urged constituents to call and text their respective senators to vote for the Congressional Review Act (CRA) in support of net neutrality.

Relying on Foursquare’s precise understanding of where people go in the real world, Foursquare created custom segments and served geo-contextual ads to people who visited government buildings, tech and media companies, and universities.

The ad creative used the ubiquitous loading status bar as a way of reminding people of the value of net neutrality and illustrated how restricted access to the internet may feel. Foursquare ran these ads across our owned channels, in addition to “going red” on Red Alert Day.

In total, our Campaign to Save the Internet reached millions of individuals, approximately 15% of the total online population of the five target states. The campaign’s overall engagement rate was 0.41%, which is 46% stronger than the political ad interaction rate benchmark of 0.28%, according to industry standards.

Additionally, 13% of total calls and texts from the ad campaign came from Louisiana. On the day of the vote, Republican senator John Kennedy from Louisiana voted to protect net neutrality; reports showed that citizen engagement was a key mover for him. According to NOLA.com “Kennedy was heavily lobbied on the issue.”