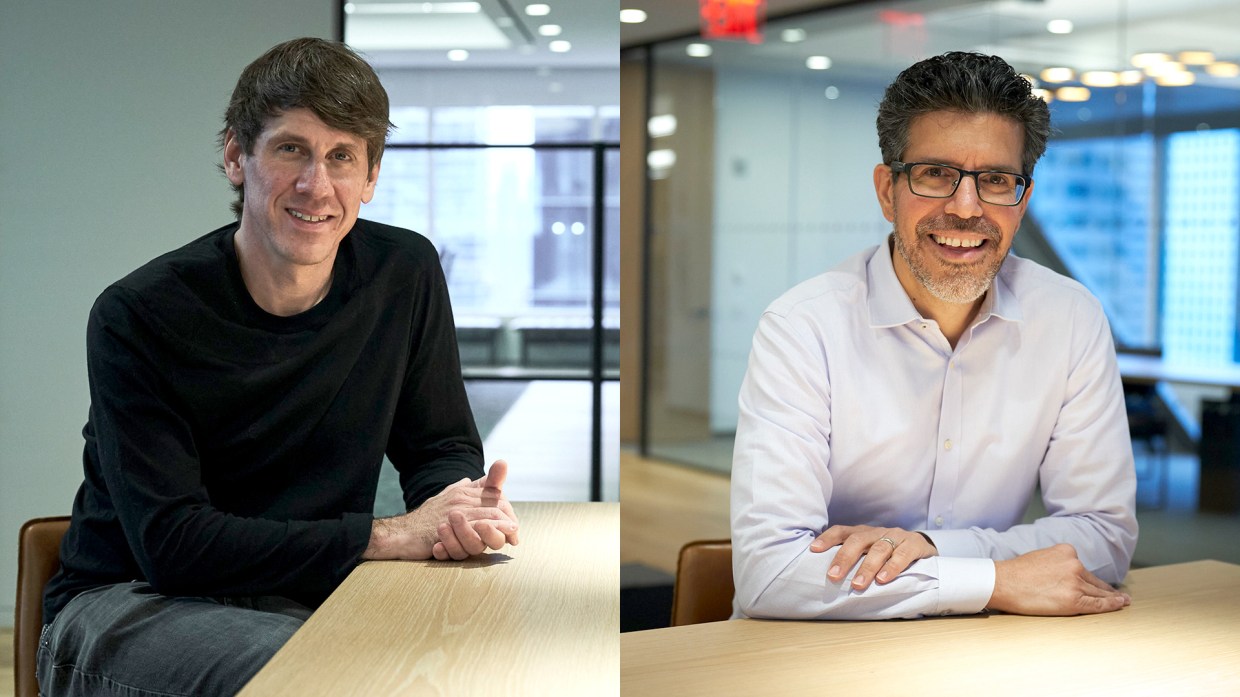 Foursquare is pleased to announce that Dennis Crowley and Gil Elbaz will be shifting roles to focus their attention as full-time members of the Board. Before you ask: No, Dennis and Gil aren’t leaving Foursquare. Both Dennis and Gil are shifting their current roles to focus on their Board of Directors work, where they serve as co-chairmen and will stay actively involved in the strategy of the company.

Since our early days as a consumer app, Foursquare has had tremendous growth and pursued constant evolution. Utilizing the location technology that powered the “check- in,” we have evolved to power advanced business analytics and consumer experiences for the world’s biggest brands and have become a location data powerhouse. And, we’ve only begun to scratch the surface of location’s potential.

Dennis launched Foursquare at SXSW in 2009, taking the business worldwide less than a year later. From these early days as the blockbuster “Check-In App,” Dennis saw the true potential of location data and technology. In his 12+ years at Foursquare, Dennis has made innumerable contributions to the company’s vision, growth, and culture. He oversaw the development of the consumer apps, encouraged the creation of Pilgrim and the release of Pilgrim SDK (the contextual-aware engine that powers many of FSQ’s products), and inspired the company to think of new and novel use cases for Foursquare’s data & technology through his work with the Labs R&D group. Along the way, Dennis set the tone and example for a company that is filled with people who are creative, driven, inclusive and constantly pushing toward the future.

“Foursquare has always been focused on inventing the future and creating new ways for people to experience and understand the world around them,” said Dennis. “There is limitless opportunity for our technology to have an impact after more than a decade of industry leading product growth. Foursquare is at such an exciting moment in its company journey, and I’m proud to be a part of its history and it’s future.”

Gil served as the CEO and founder of Factual until it merged with Foursquare in April 2020. Under his leadership and vision, Factual quickly rose to become a leader in the location-based marketing space and an excellent complement to Foursquare’s existing product stack and capabilities. Following the Foursquare/Factual merger, Gil became Co-Executive Chairman alongside Dennis, who moved from CEO to Executive Chairman in 2016.

“Our investments in industry leading technology position us well to lead the location space for years to come. I look forward to helping guide our path forward as a company capable of not only competing with giants in market, but taking the entire location category to new heights,”

“Foursquare is where we are today because of the work that Dennis and Gil did as pioneers in the location space,” said Gary Little, President and CEO of Foursquare. “In addition to their tremendous entrepreneurship and innovative vision, both Dennis and Gil continue to inspire our company culture to be focused on creating the future and pursuing new opportunities for growth.”

Of course, it goes without saying (but we’re going to say it anyway) that the Foursquare Family is grateful for all of the contributions Dennis and Gil have made to the company – and we look forward to shaping Foursquare’s future together.