Foursquare Speaks on Privacy at the Network Advertising Initiative Summit 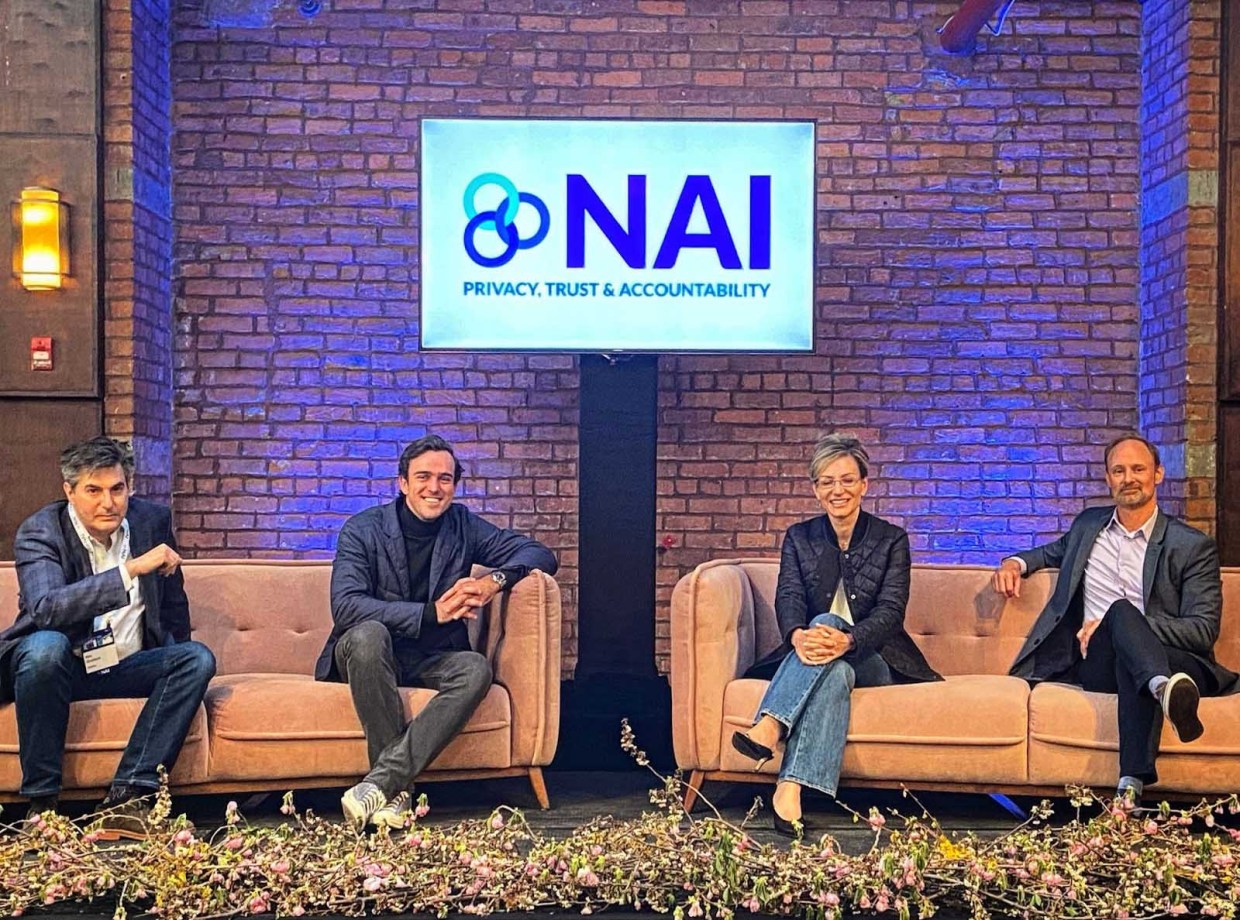 Foursquare’s Privacy & Policy Team was represented at the Network Advertising Initiative Summit by Director of Data Strategy Tyler Finn. Foursquare is a long-time member of the NAI, an industry self-regulatory group that is increasingly helping drive stronger privacy practices across the location data and advertising industries. This was the first time in three years that the NAI was able to gather stakeholders from across the data and marketing ecosystem in person.

Tyler Finn was honored to speak on a panel focused on a “Regulatory and Public Policy:

The Outlook for Privacy Legislation & Regulation.” He was joined by David LeDuc, VP of Public Policy for the NAI, Ileana Falticeni, General Counsel at Quantcast, and Ken Dreifach, Partner at the law firm ZwillGen.

The conversation was organized around answering three key questions facing the marketing ecosystem:

LeDuc kicked off the panel with a brief survey of notice and choice obligations in the US, Europe, and being created by platforms including Apple and Google. “You’ve all heard a lot about the shift away from “tracking” and how this is not the future for our industry, regardless of the technology that’s used. But doesn’t this largely reflect policymakers driving a shift away from ‘third-party tracking,’ and towards an environment where we’re likely to have similar data collection for ads and marketing, but performed by first parties instead?,” asked LeDuc. “And is there a meaningful difference and an inherent privacy benefit to consumers from this shift?”

The panelists agreed that better consumer education was needed around why data is being collected and used across the ecosystem, and how those consumers ultimately benefited. In other words, there was widespread agreement that a focus on value exchange and consented relationships was going to be more important to the next generation of ad-supported services, in spite of some of the challenges around consent fatigue. “I think the location services consent is actually a strong example of where consent can work,” Finn said. “When I install an app on my phone, it is pretty clear to me, and clear to less tech-savvy folks like my parents too, when to always allow location permissions, versus when to only allow while using an app.”

The panel then turned to a topic that is getting focused on more and more by both legislators and regulators: the interplay between privacy regulation and competition outcomes. LeDuc was supportive of new privacy laws that protect consumers, but noted that, “All the current privacy policies, despite best intentions, seem to be driving towards consolidation in industry and survival of the biggest. What,” he asked, “should we do about these challenges posed to competition and the largest players getting larger?”

The panel was generally hopeful about the direction that Europe is taking with respect to competition policy, including recent action to pass the Digital Markets Act. The group also engaged in a discussion around the collaboration between the ICO (the UK privacy regulator) and the CMA (the UK competition regulator) around Google’s plans for deprecating third-party cookies. Generally, the panel was hopeful that the FTC might begin to encourage more collaboration between those who work on privacy and those who work on antitrust, especially given their proximity within the same agency.

Finally, the conversation turned to the question of accountability, and the NAI’s role in pushing the industry to a more privacy-conscious place. “If there’s one thing all policymakers and regulators are seeking, it is, in a nutshell, accountability around data collection and use,” said LeDuc. “We’ve been working on our own efforts at the NAI for decades, and we’re ramping up a lot of new initiatives to adapt to the landscape, but what’s really needed here to restore trust?”

“Ultimately,” Finn argued, “we need a comprehensive federal privacy law to give consumers faith that someone is looking out for their best interests. But,” he continued, “I see a real role for the NAI to serve as a leader within industry, crafting new guidelines that push the ecosystem to a more privacy-focused place, and which also can be handed to policymakers as a roadmap of the sorts of practices that we agree are inappropriate, and ought to be legislated away,”