Meet the members of our community that help make our technology great. In this month’s edition, we reached out to Superuser Jacques of London, the United Kingdom, to learn more about the places he likes to explore and map with Foursquare City Guide. 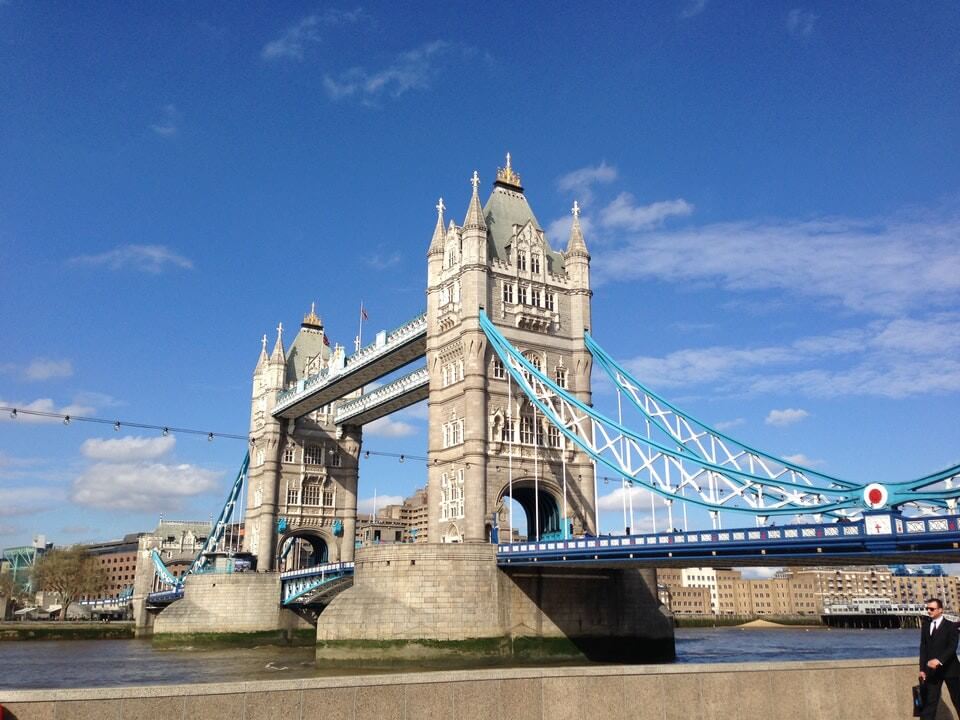 Jacques at a park in San Francisco, California.

If you’re a Superuser in the United Kingdom or the United States, the name Jacques might sound familiar. That’s because over the past seven years since he first joined, Jacques (also known as Jack) has made a total of 4,712,003 edits. It comes as no surprise that Jacques currently holds the record for the most amount of edits in our Superuser community and is a recently minted SU9 for the UK community. Congratulations, Jacques!

For Jacques, the Superuser community is a hub of global information where everyone is not only focused on making great edits but also learning from each other. He sees this especially in the UK community, where a unique group of users come together under one motto: ‘Keep Britain Tidy’ (the venue data, that is). This positive community ethos also inspires him to work with both the UK and international communities in the forums.

A born and bred Londoner, Jacques is a true Brit at heart and his love for his hometown only grows stronger as he continues to explore this exceptionally diverse, burgeoning city. With so many activities to enjoy, Jacques finds the best way to ensure he doesn’t miss anything is to build lists on Foursquare for trips and places.

For you Anglophiles still wishing you attended the Royal Wedding last weekend, or just want to have a grand time on your next visit to London — you’re going to want to read some of Jacques’ recommendations for what to do around town below.

What To Do in London

While London is full of famous landmarks, the Tower Bridge is an absolute must-see. Jacques highly recommends taking a walk along the Tower Bridge, where you get a breathtaking view of the River Thames and the Tower of London. You can even do a mini scavenger hunt around the tower with this list Jacques made.

One of London’s most famous landmarks, Tower Bridge, offers a great view of the city.

Despite its nickname as “The Big Smoke,” there are green spaces scattered around London where you can enjoy a breath of fresh air. The most famous of these is Hyde Park, located in the center of London and one of the eight Royal Parks. Immediately adjacent is the Kensington Gardens, another Royal Park and also the home of Kensington Palace. Make sure you have ample time to take a stroll through the beautiful flower gardens, go rowing on The Serpentine lake and or relax with a picnic.

Hyde Park and its neighboring Kensington Gardens, home to the Kensington Palace, are two of the eight Royal Parks located in the UK.

A visit to London would not be complete without a taste of British cuisine as well as the lively pub and bar scene. Lucky for us, Jacques’ favorite type of venue happens to be…you guessed it — pubs and bars! While there are always new pubs and bars opening around town, Jacques’ current favorite is BrewDog Seven Dials, a beer bar known for its wide selection of craft beers.

For a traditional English dining experience, Jacques recommends checking out a Pie & Mash shop such as The Battersea Pie Station, or visiting a local pub for Sunday Roast, a classic British dish consisting of roasted meat, roasted potatoes, Yorkshire pudding, stuffing, and vegetables.

To dine like a Brit, you can drink a pint of craft beer from BrewDog Seven Dials and get a pie from The Battersea Pie Station.

For a cool excursion outside of the city, Chislehurst Caves offers daily oil-lamp guided tours through the 22 miles of underground tunnels. Be ready to embrace your rock and roll spirit as you stand where the legends Rolling Stones, Led Zepplin and David Bowie once played.

Rock legends like the Rolling Stones, Led Zepplin and David Bowie once played in the Chislehurst Caves.

London may be his home, but Jacques also has a close connection to the United States thanks to his American fiancée. The duo’s current favorite travel destination is San Francisco, where they thoroughly enjoyed riding the cable cars, visiting the local Hard Rock Cafe, seeing the sea lions at Pier 39, and taking a tour of the infamous prison on Alcatraz Island.

This month, they also did a multi-city tour of Seattle, Vancouver and Whistler — you can find out how the trip was with their list. Jacques made sure to purchase a mug from the original Starbucks in Seattle to add to his collection of over 60 mugs.

Jacques is a serious coffee drinker, so much so that he has maintained a 152-week streak on Swarm. He discovers independent coffee shops and chains by using Foursquare City Guide on his adventures both close to home and far away. With 22 states in the US already checked off his list, we see a coffee-fueled road trip to visit some of the remaining 28 states in Jacques’ future.

Jacques, thank you for your ongoing dedication and support to Foursquare and the SU community. Keep on exploring!

Connect to Jacques and the UK SU community:

Want to to tell your story to other SUs across the world? To be featured in Foursquare’s Superuser Spotlight Medium series, just fill out this form.