Understanding the impact of COVID-19 with foot traffic data 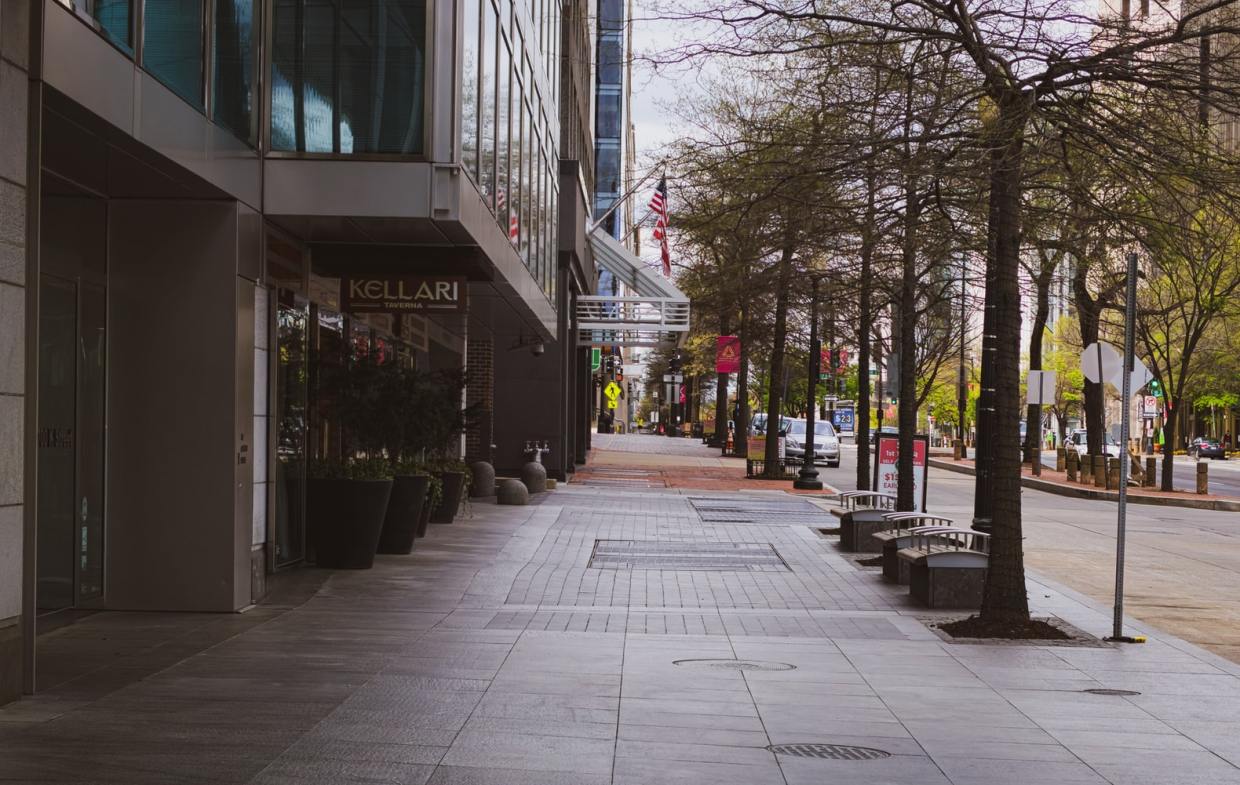 In the ~10 weeks since cases were first reported, COVID-19 has shaken humanity across industries and across geographies. The ultimate impact of the coronavirus is still highly unknown and expected to be at a much larger scale than anything we’ve seen to date.

What is known is that the economy has already seen strickening downfalls – likely affecting employment, business value and individual wealth for a long time to come – and that the rate of infection continues to grow exponentially. On both of these issues, consumer behavior is highly relevant:

Using our location data, we want to share what we’ve seen so far – how behaviors are changing, as well as the time frame and scale with which those changes occur. We caveat that we are still early in seeing the full effects of the virus and will continue to update as time progresses.

We don’t share this data to moralize, to advise or to in any other way pretend we know the ‘right’ path forward. (We suggest referring to CDC guidelines here.) Rather because in times like these, when so much is unknown, we believe the more information, the better.

What Does The Data Show?

Location data verifies meaningful changes in consumer behavior at a variety of places. We’ve focused our analysis on states with the highest number of confirmed cases according to The New York Times — Washington, New York, and California — focusing on four cities: Seattle, San Francisco, Los Angeles and New York City.

Our methodology: We use indexed foot traffic to demonstrate the relative decline in visits to different types of places, where visits on the first day are 100. We analyze data on a rolling 7-day basis to reduce the effects of foot traffic trends influenced by certain days of the week (for example, bars and clubs experience an uptick on Fridays and Saturdays).

So, to explain this in an example, an 81 index to airports in Seattle for March 6 indicates that foot traffic between February 29 – March 6 (a 7-day rolling period) is 19% lower than the first 7 days of analysis, February 13 – February 19.

We used February 13 – February 19 as the first 7-day period benchmark for analysis because February 19 is when we last estimated foot traffic to be roughly normal for the categories analyzed. You’ll see us reference this period as “the week ending February 19.”

As we mentioned, we’ll continue to update as time progresses, but to start, here are some trends we’re seeing in the data so far, up until March 13:

1. Cancelling Travel Plans
Airport visits have declined across cities and states with the most confirmed cases of COVID-19. After upticks in airport visits over the holiday weekends of Martin Luther King Day and Presidents’ Day, location data shows a gradual decline in airport visits since the outbreak of COVID-19. Foot traffic to airports has declined most in Seattle and the Bay Area, down 24-27% from the week ending February 19 to the week ending March 13. Visits to New York airports declined 22%, while Los Angeles airports declined 15%.

2. Working from Home
Visits to offices are declining in major cities with confirmed cases of COVID-19, as employees opt to or are advised to work remotely. Declines began in earnest in Washington, California and New York around March 2, as U.S. news coverage of the outbreak began to pick up. While the largest initial decline took place in Seattle, San Francisco offices have since surpassed Seattle offices with the largest relative decline, with foot traffic down 46% from the week ending February 24 to the week ending March 13. Meanwhile, visits to offices in New York are down 13% and visits to offices in Los Angeles are down 15%.

3. Stocking Up On Supplies
Visits to grocery stores and warehouse stores are on the rise in Seattle, San Francisco, Los Angeles and New York City since the outbreak of COVID-19, as people shop for food, drinks, and supplies. People seem to be buying in bulk, with visits to warehouse stores like Sam’s Club and Costco up nearly 39% nationally from the week ending February 19 to the week ending March 13. The largest relative increase was in the New York City area, where foot traffic to warehouse stores is up more than 51%.

4. Avoiding Sit-Down Restaurants
Visits to casual dining restaurant chains are down since the outbreak of COVID-19 as people distance themselves socially, dining at home rather than going out to eat. Nationally, casual dining chains’ foot traffic is down 11% from the week ending February 19 to the week ending March 13. In the four cities we focused on (New York, Seattle, Los Angeles, San Francisco), there was a decline (8-12%) in visits around February 24 in all four cities, and then foot traffic remained fairly stable in San Francisco, Los Angeles and New York City from February 24 to March 8. Visits began declining again around March 11, perhaps indicating cities will continue to see further declines as the pandemic grows.

5. Still Eating Fast Food
Since the outbreak of COVID-19, foot traffic to QSRs actually increased, up 11% nationally from the week ending February 19 to the week ending March 13. Amongst the cities with major outbreaks, we’ve seen a noticeable uptick in QSR visits in New York in particular, where foot traffic is up 9%.

6. Avoiding the Bar
Visits to nightlife spots are only down 4% nationally from the week ending February 19 to the week ending March 13, despite the guidance to distance socially. San Francisco bars have seen the greatest decline in foot traffic, down 15%. Meanwhile, visits to bars in New York City have only declined 7%.

We’ll be monitoring foot traffic patterns closely over the coming weeks, so check back for more updates.

Editor’s Note: Foursquare analyzes foot traffic patterns from more than 13 million Americans that make up our always-on panel. All data is either anonymized, pseudonymized or aggregated, and is normalized against U.S. Census data to remove age, gender and geographical bias. For this report, we looked at data from 2020 year to date.

The charts above illustrate indexed foot traffic to various locations. We’ve also used rolling 7 day averages to account for fluctuations in foot traffic by day of the week.